Oman to participate in four events at Tokyo Olympic Games 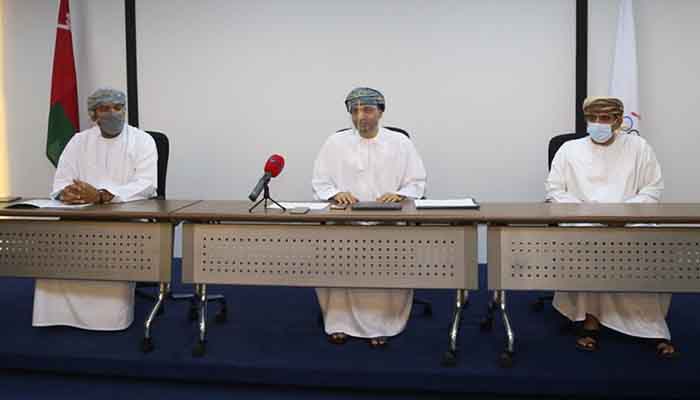 Muscat: The Sultanate will participate in the Olympic Games, scheduled in Tokyo in four sporting events - shooting, athletics, swimming and body-building.

The list of athletes taking part in these events comprises of Barakat Al Harthi in the 100-metre race    and Mazoon Al Alawi in the same category. Issa Al Adawi in the 100-metre freestyle swimming, while the national shooting team will be represented by Hamad Al Khatri.

The list of weight-lifting includes Amer Al Khanjari who will participate in the 81-kg category.

The meeting was held with the Sultanate’s delegation taking part in the 32 Olympic Games scheduled for the Japanese capital of Tokyo from July 23 to August 8.

The meeting was held at the premises of Oman Olympic Academy in the presence of Taha bin Sulaiman Al Kushri, Secretary General of Oman Olympic Committee, Kadhim Al Balushi director of the delegation / mission to the Olympic Games and the representatives of the national teams taking part in the event and the local/press media.

Chairman of the Committee gave a speech in which he spoke about the efforts accorded during the preparations period by the technical bodies of the national teams, despite the impacts and conditions of COVID-19 pandemic, on the sports sector.

In his speech with members of the delegation taking part in the event, he said that much is expected from the delegation in terms of achievement of advance results and technical levels and in representing the Sultanate in a manner that deserves appreciation and which represents a source of pride to the Sultanate in this international sports event.

“We require you to be the best ambassadors for the Sultanate in this event and to extend due efforts to bag the best results and to avail from competing with the best players, worldwide,” he added.

A number of athletes participating in the event expressed their thanks for the Oman Olympic Committee, the Ministry of Culture, Sports and Youth and the sports associations for the efforts extended to facilitate their participation in the event.