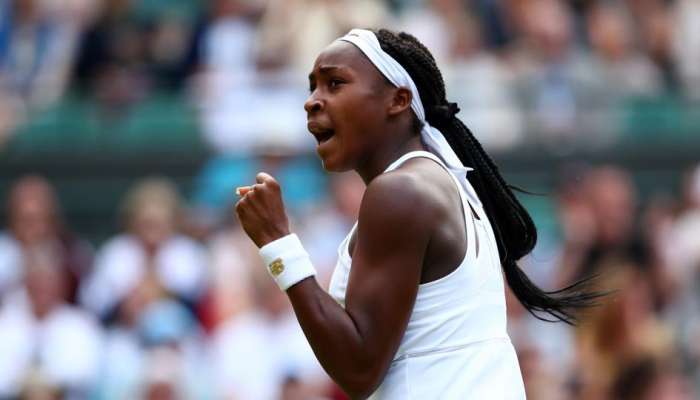 New York: American tennis player Coco Gauff has tested positive for Covid-19, and as a result, she has withdrawn herself from the upcoming Tokyo Olympics.

"I am so disappointed to share the news that I have tested positive for Covid-19 and won't be able to play in the Olympic Games in Tokyo. It has been always been a dream of mine to represent the USA at the Olympics and I hope there will be many more chances for me to make this come true in the future," said Gauff in a statement posted on her Twitter account. "I want to wish Team USA best of luck and a safe games for every Olympian and the entire Olympic family," she added.

Swiss tennis maestro Roger Federer also withdrew himself from the upcoming Tokyo Olympics. In a statement released on Twitter, Federer wrote: "During the grass-court season, I, unfortunately, experienced a setback with my knee, and have accepted that I must withdraw from the Tokyo Olympic Games."

"I am greatly disappointed, as it has been an honour and highlight of my career each time I have represented Switzerland. I have already begun rehabilitation in the hopes of returning to the tour later this summer. I wish the entire Swiss team the best of luck and I will be rooting hard from afar," he added.

Tokyo Olympics will go ahead from July 23-August 8 this year. It was slated to be held last year, but it had to be postponed due to the Covid-19 pandemic.