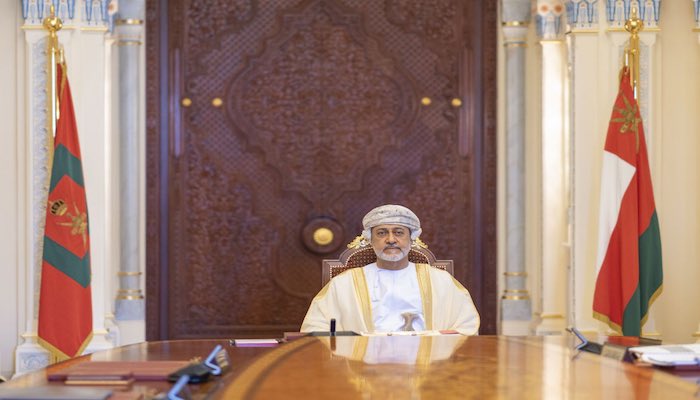 Muscat: His Majesty Sultan Haitham Bin Tarik presided over the meeting of the Supreme Judicial Council at Al Baraka Palace.

This meeting comes in light of His Majesty's high interest in developing the judiciary facility after the issuance of Royal Decree No. 35/2022 regarding the organisation of the administration of judicial affairs.

His Majesty the Sultan stressed the contents of this decree in line with the provisions of the Basic Law of the State and the objectives of Oman Vision 2040, and the importance of enhancing integration between all judicial authorities on the one hand, and between them and the units of the state’s administrative apparatus in a manner that achieves the public interest.

His Majesty directs to take all necessary legal measures to amend the laws and royal decrees related to the judiciary in accordance with the provisions of the aforementioned decree.

His Majesty the Sultan pointed to the importance of continuing to develop the work of the judicial system and the governance of its procedures in line with the government's direction in digital transformation and in accordance with the frameworks of Oman Vision 2040 to achieve the desired goals.

His Majesty directs that the Administrative Appeals Departments and the Administrative Departments of First Instance continue to consider the cases brought before them until the beginning of the next judicial year, provided that the consideration of cases will resume in accordance with the aforementioned Royal Decree at the beginning of the judicial year.