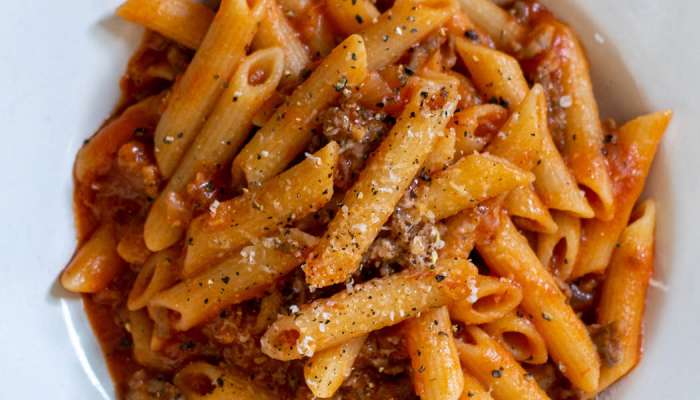 In Italy, there are supposedly more than 300 distinct varieties of pasta with more than 1,300 names. There is even a 55-year-old "pasta law" that regulates how it is made and produced. However, this does not imply that innovation cannot be applied to the cherished dietary staple.

The shelf life of fresh pasta may now be extended by 30 days by Italian researchers employing a revolutionary packaging method that also involves adding bioprotective probiotic microorganisms to the dough. The Frontiers in Microbiology journal featured their novel fresh pasta preservation recipe.

The problem with fresh pasta

Today, the majority of fresh pasta sold in supermarkets is made using an industrial procedure that includes heat-treating the food, which is effectively pasta's version of pasteurization. When the pasta is finished cooking, it is placed in a type of packaging known as modified atmosphere packaging (MAP), which entails taking the oxygen out of a plastic film box and replacing it with other gases.

Fresh pasta has a shelf life of 30 to 90 days if refrigerated. However, many things might go wrong and jeopardize the product's quality and safety. Under the right circumstances, such as excessive moisture, certain bacteria may survive heat treatment and flourish.

To assist preserve freshness, chemical preservatives are occasionally utilized. However, the choices available to extend the shelf life of fresh pasta are restricted for consumers who seek natural, "clean label" goods without artificial or synthetic components.

Mapping out a new way to store pasta

An innovative "clean-label" technique to reduce spoiling issues was created by researchers from the National Research Council (CNR), the largest public research organization in Italy, in partnership with the University of Bari Aldo Moro and the private chemical laboratory, Food Safety Lab. To better manage microbial growth and impermeability, they first altered the mix of plastic sheets and MAP gases used in the packaging. To stop the development of bacteria, scientists introduced a multi-strain probiotic combination.

The novel approach was then put to the test using a short, thin, twisted pasta called trofie. One batch of fresh pasta was produced and packed according to standard procedures. A second pair was produced conventionally and kept in the test MAP. The third batch of fresh trofie was mixed with the bioprotective probiotic strains and put into the test container.

The scientists then waited.

After a few months, they discovered that the trofie pasta treated with antimicrobial bioprotective probiotics in the experimental MAP had the best shelf life of the three experiments. They did this by using high-tech techniques like gene sequencing to identify microbial compositions and mass spectrometry to profile volatile organic compounds.

"The results demonstrate that the MAP, together with a spray-dried probiotic bioprotective culture, acted in a synergistic way to control the microbial spoilage of fresh pasta during refrigerated storage," said Dr Francesca De Leo, a researcher with the Institute of Biomembrane, Bioenergetics and Molecular Biotechnologies at the CNR.

De Leo said that the technique developed by her team could be introduced at the industrial level, adding 30 days of shelf life compared to conventional products.

"From the consumer's standpoint, a definite advantage of this product is the long shelf life and ease of storage," she said. "This can be particularly important considering that consumers tend more and more to reduce the frequency of their food purchases, and consequently store as much as possible at home."

The value of the research extends beyond finding a better way to store pasta longer, she added, by helping reduce food waste. The World Food Programme estimates that about a third of all food produced yearly is squandered or lost before it can be consumed.


"Food waste and loss have a great influence on the ecological and environmental sustainability of the food system," De Leo noted. "The adoption of innovative technological solutions for food waste prevention, such the one outlined in this study, can help offset these problems if companies are willing to accept the challenge and innovate." -ANI