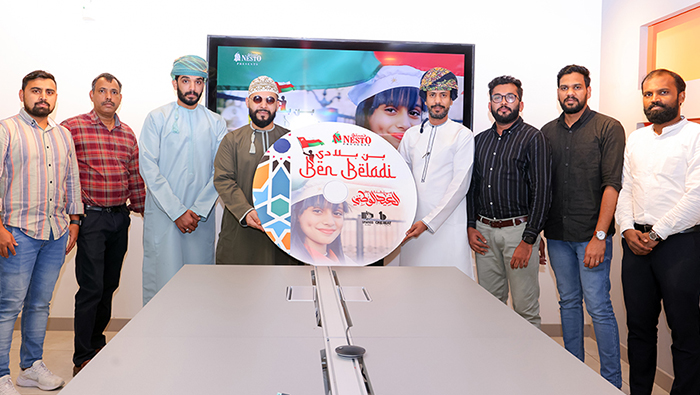 Muscat: Nesto Hypermarket has launched a special song as part of its celebrations of the 52nd National Day of Oman.

The special song is a humble tribute and an expression of love and gratitude to the nation, its great leader His Majesty Sultan Haitham bin Tarik Al Said, and the people of the country.

The song titled 'Ben Beladi' is composed and sung by Faisal Alhadhrami. Omar Alquraishi is the director of the album. The launch of the song was held on November 17 at Nesto Management office, Ghala.

“We decided to come up with the idea to dedicate a special song to the nation as we wanted to create something different to celebrate the 52nd National Day. As Oman steps into its 53rd year, we have every reason to celebrate the peace and security that we have been experiencing all these years,” Haris Palollathil, regional director – Nesto Hypermarket Oman, said.

All Nesto branches donned a festive look to mark the special day in remarkable ways.