Yet another upset at World Cup as Japan shock Germany 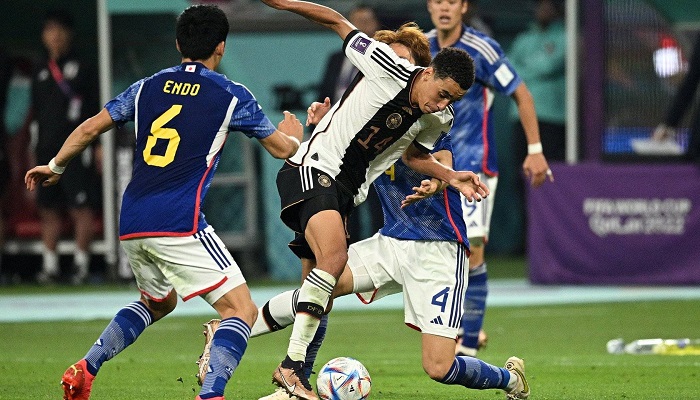 Muscat: A day after Saudi Arabia caused one of the biggest upsets in the World Cup history by defeating Argentina, another Asian nation did a repeat.

Japan caused the second major upset at the 2022 World Cup as a thrilling comeback saw them stun Germany 2-1 in a Group E game at the Khalifa International Stadium in Doha on Wednesday.

Ilkay Gundogan’s penalty in the 33rd minute looked set to tee up a routine win for Germany, but Ritsu Doan levelled in the 75th minute before Takuma Asano’s brilliant winner seven minutes from time.

With Spain also in Group E, Germany are now at serious risk of missing out on the knockouts again.

Germany came close to extending their lead on several occasions in the second half but they were left to rue their misses.