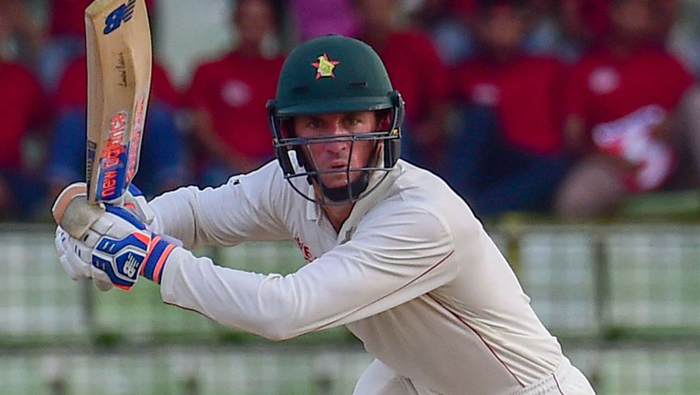 Harare: Zimbabwe, hosting Test cricket for the first time since October-November 2017, will seek their first ever Test win against Sri Lanka during the upcoming two-match series at home, beginning Sunday, 19 January.

A wide gulf between the two teams in the MRF Tyres ICC Test Rankings makes visitors the firm favourites even before the start. However, a great blend of youth and experience for the hosts and memories of their performance in the last meeting between the two sides in July 2017, which demanded a herculean effort from Sri Lanka to get over the line, promises it to be a gripping contest.

Sri Lanka have had a mixed time in the longest format for the last year or so. They were swept aside brutally in Australia, before Kusal Perera's once in a lifetime blitz set the tone for a historic series win against South Africa. They shared the home series with New Zealand in August-September last year, thereby earning their first points in the ICC World Test Championship, before losing the away series to Pakistan last month.

Skipper Dimuth Karunaratne will expect more from his bowlers, who struggled during Pakistan's monumental effort of 555/3 in the second innings of the decider in Karachi and the experienced Suranga Lakmal's return might just serve the purpose.

Zimbabwe, on the other hand, are making a return to the format after more than a year, since their 1-1 series draw in Bangladesh in November 2018. With their frontline seamer Tendai Chatara ruled out of the series with a bicep injury, the engine room revolves around their experienced men in Brendon Taylor, Craig Ervine, Sikandar Raza, Kyle Jarvis and the skipper Sean Williams.

Remember the last time:
The one-off Test played between the two sides in Colombo in 2017 was the closest Zimbabwe came to win a Test against the island nation. Craig Ervine (160) played a lone hand in Zimbabwe's first innings effort of 356, to which Sri Lanka, on the back of fifties from Upul Tharanga and the then skipper Dinesh Chandimal responded with 346. Sikandar Raza, the all-rounder, scored a fine 127 in the second innings, aided by some useful lower-order contributions as Sri Lanka were set a massive 388-run target to win.

Each of their top five got starts but none could convert it into a substantial score. Zimbabwe seemed to be in firm control when Graeme Cremer had Angelo Matthews caught off his own bowling for 25 with Sri Lanka further 185 away. However, a game-defining 121-run stand between Niroshan Dickwella and Asela Gunaratne shattered all hopes, giving Sri Lanka their highest ever successful run-chase in Test cricket.

What they said:
Lalchand Rajput, Zimbabwe head coach: “Sri Lanka are always a very competitive team who have been playing well and I am looking forward to the Test series. We know our home conditions better; our players are getting match-fit and enjoying some game time. So all we have to do is to get in the middle and perform.”

Conditions:
It's mostly expected to be overcast in Harare with high chances of rains on the first two days of the Test. Batting fourth has generally been a challenge at the venue, and both captains despite the weather might well be tempted to bat first. In the last game played between the two teams here, back in 2016, 25 of the 40 wickets fell to the spinners with Rangana Herath, the former off-spinner, bagging 13 wickets across the two innings.